Chris Pasteur has over 30 years’ experience in the water and hydro industries. In 2014 Chris established Cairneyhill Ltd, a consultancy service to the hydro industry, supporting the entire hydro scheme lifecycle - feasibility, consenting, construction and asset management. Cairneyhill Ltd has been involved in the development and construction of 24MW of hydro schemes in the UK, including the Rumbling Bridge Community Hydro Scheme. Current projects under construction include 2MW schemes in Aberdeenshire and Wester Ross. Prior to establishing Cairneyhill Ltd, Chris managed the delivery of RWE’s UK hydro development programme and before that he worked for SSE on the asset management and refurbishment of their 1300MW, 60 hydro power station portfolios, and the development of the 100MW Glendoe hydro scheme.

Miranda Wharam is currently the vice chair of the Strathpeffer Community Association and supporting ‘Strathpeffer Saves’ through the Climate Change Fund aiming to reduce the carbon footprint in the community and become more energy efficient.
Miranda is also involved in various other community associations in Strathpeffer and the locality. She has a background in youth and community work with 30 years’ experience in social care and as a Senior Manager within the social care sector in Sussex. Miranda has significant experience in management within the statutory, voluntary services for disabled children, providing strategic and financial leadership to provide safe delivery of services for children.

Andrew King has had a varied career in business, Andrew became interested in community renewables nearly 25 years ago when he and his wife joined the newly formed Baywind Co-op. In 2002 he was involved in the creation of Energy4All, which he then Chaired for 10 years. During this time, they tried to balance their commitment to community ownership with robust business management, with the aim of building the credibility on which the subsequent success of the company has been based. Although he retired some years ago, Andrew retains close links with the sector and is happy to contribute his experience where it can be useful. Andrew remains a director of Findhorn Wind Park in NE Scotland and has been delighted to serve on the board of The Highland Community Energy Society as the business takes shape.

Kenneth Knott has lived in Glenmoriston since 2000, moving there from Mull linked to his career in Forestry and Land management. He currently works in the government agency Forestry and Land Scotland as Operation Manager for the area Glengarry to Oban. He was Chairman of the Fort Augustus and Glenmoriston Community council for 10+ years during the initial stages of the renewable energy boom spread across the area.  He has been involved with community companies in the renewable field and in wider community projects for the last 18 years. He retains an interest in renewable energy through his own micro generation projects and within the community projects in the area he works covering several projects at development stage at any given time.

Jim Lee is Energy4All’s Project Officer in Scotland. He chaired the board of The Spirit of Lanarkshire Wind Energy Co-op for many years and is currently on the boards of Edinburgh Community Solar Co-operative and Arrochar Community Hydro Society. Jim’s role is to develop opportunities for Energy4All in Scotland, helping them to extend the scope of community owned renewable energy. Jim is working with communities across Scotland to help them gain maximum benefit from renewable energy projects in hydro, on-shore wind, solar and district heating. Jim had been involved in the Co-operative Movement over a number of years and is Chair of the Lanarkshire Credit Union. In recent years, he worked for the Scottish Fair-Trade Forum and for Community Links in South Lanarkshire where he supported the establishment of several food co-ops.

Elspeth King is a Chartered Engineer, a Fellow of the Institution of Civil Engineers and holds a BSc (Hons) in civil engineering and an MBA.  She has an extensive background in compliance, governance, performance auditing and process improvement in infrastructure and utilities.  She has held a number of senior positions in both the private and public sectors including that of Scottish Road Works Commissioner.  Elspeth is interested in how the Society can engage with and benefit the local communities it operates in.  She also serves as a Director on the Board of Rumbling Bridge Community Hydro Society. 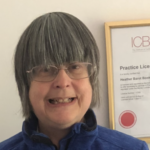 Heather Barot moved to Inverness from South London in 1992 with her Husband who found employment then self Employment as a Dentist. She has had a varied career, including Cancer Research leading to a Phd in 1983, then a full time mother from 1986 to 2000 when she retrained in Admin and Information management at the Inverness College. Since then her employment opportunities have included a role within the oil industry and a customer advice centre role where she gained the City and Guilds certificates in “Energy in the Home” and “Renewable Energy in the home”. In recent years she has been a self Employed Tax agent. Heather has been a shareholder in the Kilbraur Wind Energy Co-operative and subsequently for HCES co-operatives since the first release of shares.  She has been a Director for Kilbraur for eight years.

Manage Cookie Consent
To provide the best experiences, we use technologies like cookies to store and/or access device information. Consenting to these technologies will allow us to process data such as browsing behavior or unique IDs on this site. Not consenting or withdrawing consent, may adversely affect certain features and functions.
Manage options Manage services Manage vendors Read more about these purposes
View preferences
{title} {title} {title}